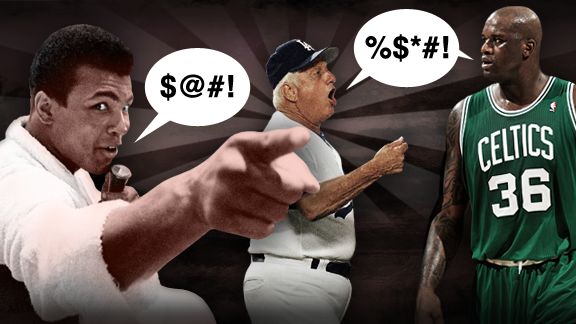 HAHA! I know that you’re all hopped up on the CM Punk hype. UFC #181 has come and gone, the Lawler upset either has you floating on cloud 9 or grumbling about Hendricks losing his belt. People are, you know, pissed… just pissed about the lost opportunity for real athletes because CM Punk & Dana White are playing some kind of game; putting on some type of WWE Show. I was talking to some friends and said, “But guys, don’t you see? #trending! Everyone is talking about it! and in the end that’s what has to happen in order for the UFC to continue to survive. Survival of the fittest, not the most fair or diplomatic. Money has to exchange hands, belts have to be won and lost, and scheming behind the scenes continues…” Which started these wheels turning. How many guys were thinking what the f$%K.. why that dude and not me?! are you KIDDING ME?? and how mind-blown were they, if even for a minute? And from there I thought, if this could mess with their minds I wonder what trash talking does. Is it for the ‘talker’, or the ‘talkee?’ I wonder, I wonder…
I’m an avid sports lover. Few know that hockey, football, and basketball range right up there with my jiu-jitsu obsession. I either coached, played or watched with as great a fervor as I now train and compete brazilian jiu-jitsu. I watch documentaries, scream at the screen and smack my forehead (ensuring self-injury) when a fumble occurs. To my shock and great horror, I could only name a handful of trash-talkers! So I did some research.. and then started to laugh hysterically as these names popped up! Oh lordy, Oh my good sweet sweet gracious! If you don’t know, and want to be highly amused by the trash-talk, the ego, the mind games.. please please go watch or listen to some clips! There is nothing humble here. Adrien Broner, Mayweather Jr, Mike Tyson, Ronda Rousey, Michael Jordan, Gary Payton, Richard Sherman, Terrell Suggs, Muhammad Ali, Kevin Garnett, Scottie Pippen, Deion Sanders, Montoya, Barkley, Chael Sonnen, Reggie Miller, Michael Bisping, Shannon Sharpe, Larry Bird, Randy Moss, A.J. Pierzynski, Richard Sherman, Dwayne “The Rock” Johnson, Sean Avery, John McEnroe, Pedro Martinez, Kobe Bryant, Chris Nilan, Matthew Barnaby, Satchel Paige, Warren Sapp just to name a few… and their trash talk didn’t keep them out of the hall of fame, or making gains or impressive feats in their sport. So were they bored and trying to shake things up? Were they utilizing a skill which they’d honed over the years which they had recognized as a useful tool to breakdown the opponent; hammering away at their mental defenses as the physical barriers also begin to crumble?
http://http://youtu.be/WsAC4lhbE0g
Ronda had to say this about trash-talking in an older interview with Andreas Hale in MTVGUYCODE “[Trash Talking] is a big advantage. I’ve been doing this for years and it’s nothing new to me. I’ve fought thousands of matches in my life; some of the girls I liked, some of them I didn’t. She’s never had to do with this amount of tension and overt confrontation from one of her opponents. There’s no way it’s going to affect me like I’m sure it’s going to affect her.”
I’m not sure that I’d have the stamina to keep up that type of parlay with an opponent. IF we watch closely, I think in jiu-jitsu we have our own form of trash-talk, but in a more subtle form; taking longer getting to the mats, slapping of faces and the not shaking of hands or bumping of fists. It’s all simply a form of mind-games, isn’t it? Get into your opponent’s head, break them down, destroy their game, attack and counter attack… so can you do all of that and stay on point? Stay sharp? Stay fresh? Be number one? These ring holders, cup holders, belt toting hall of famers seem to think so!