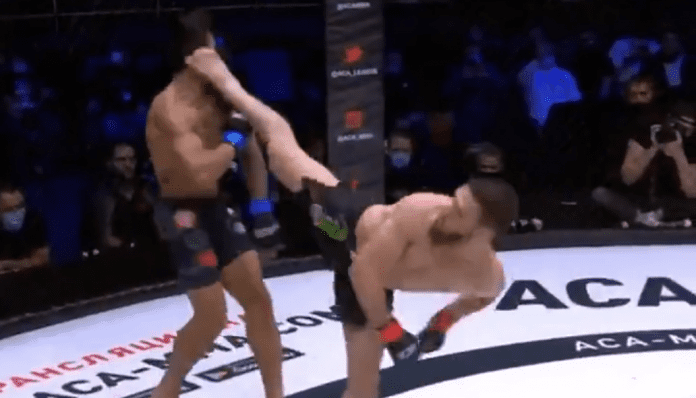 That fancy footwork you learn in the gym isn’t just for showing off, as Russian MMA fighter Magomed Bibulatov proved at ACA 112 on Sunday.

The UFC veteran finished his third fight in a row over the weekend, this time against Rodrigo Praia, and he did it in spectacular fashion. With 1:11 left in the first round, Bibulatov pulled off a beautiful spinning back kick that landed in just the right spot, sending Praia to the floor and ending the fight with a knockout.

You can watch the jaw-dropping moment below:

🌪 SPINNING BACK KICK KNOCKOUT! Magomed Bibulatov is applying for the BEST knockout of the year! #ACA112 pic.twitter.com/MyOpWHWte8

Bibulatov had three fights with the UFC from 2017 to 2019; his time with the promotion saw the only two losses of his 19-fight professional MMA career.