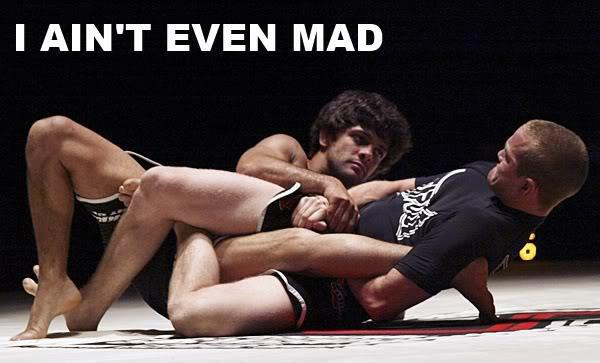 Anyone who has competed knows that there are several moves and positions that have been deemed “too dangerous” for certain levels of competition. At some competition people deemed experts (in some cases purple and brown belts, in some cases black belts only) are given free reign to do whatever grappling techniques they want. There is a whole world of “illegal techniques” that many of us are not taught for the fear of us hurting ourselves or others. What’s this all about?

Perhaps the most notorious illegal technique is the heel hook. Specifically in most Gi competitions, heel hooks are entirely illegal. In many no Gi competitions heel hooks are legal only for upper belts, and in all IBJJF competition they are entirely illegal. The reason heel hooks are illegal is that they can do a tremendous amount of damage almost instantaneously if applied in a jerky or violent fashion or on someone who doesn’t know to tap. We’re talking career ending injury. That said, catch wrestlers and Sambo practitioners are pretty much exposed to heel hooks from day 1, and last I checked the incidence of injury among them isn’t significantly higher than among jiujiteiros.

Exposure from a relatively early point in one’s grappling career makes this sort of submission far less dangerous as people learn to see the submission before it’s fully locked in. I have been doing martial arts for a long time, and one of the arts I’ve studied focused on a couple of specific moves that are applicable to BJJ but that aren’t as widespread, because of my exposure early on I have been able to incorporate those moves and use them in unexpected way. Similarly, people who learn heel hooks and other “dangerous” submissions early on are likely to be very effective when they begin to understand Jiu Jitsu.

On the other side of this discussion, I’ve seen many people get seriously injured at tournaments in which these dangerous submissions were allowed, so there is certainly merits to limiting their use. This is, after all, a sport with rules. Each tournament can determine how much leeway to give their competitors

The only way to encourage fluency in a specific set of moves is to allow that set of moves in tournaments, but at the same time, if people are getting hurt by those moves, there should be restrictions on them. Rendering moves illegal in major tournaments can mean that even high level practitioners are not ready for someone with a working knowledge of these moves. I once saw a white belt tear through an open rank absolute division, submitting purple and brown belts, simply because he had an aggressive leg lock game.

I personally think that at brown and black belt, most moves should be legal. Obviously, finger locks, fishhooks slams and other techniques that are universally banned should remain illegal, but all manner of neck cranks, leg locks, etc should be legal in all competition at higher belt levels. This will mean that people need to diversify their games to include submissions that in the past have been neglected.

Most important of all is recognition of when you’re in trouble. Find training partners you trust enough to include these dangerous submissions with and never be too prideful to tap, it’s not worth taking months off to heal. Become well versed in these submissions and you’ll be able to pose a threat to a wider variety of opponents in competitions that allow them.