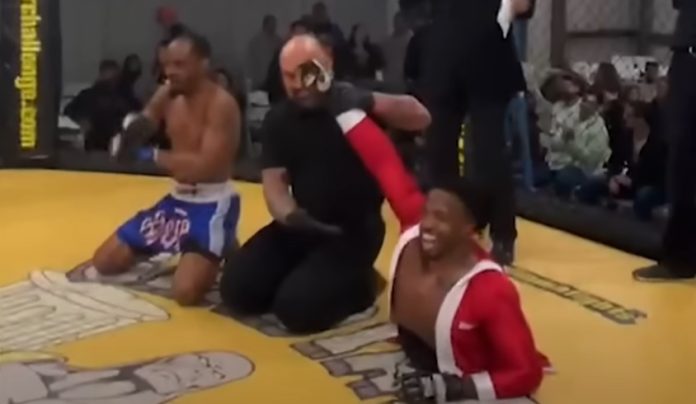 Zion Clark, famous for becoming an All-American wrestler despite being born with no legs due to caudal regression syndrome, has officially taken his grappling chops to the MMA cage – and done so in victorious fashion.

On Saturday, December 17, Clark won a unanimous decision over Eugene Murray in San Diego at Gladiator Challenge: Season’s Beatings, per MMA News. In a post published to Clark’s Instagram account prior to the fight, the wrestler wrote, “You will always have haters and doubters, remember in life people are going not question what you can and can’t do the same way they question their own abilities. I’m here to show you, YOU CAN DO WHAT YOU SET YOUR MIND TO.”

Clark’s strategy throughout the fight appeared to consist primarily of leveraging superior wrestling to shut down the danger of strikes, find a takedown entry, and achieve positional dominance.

Check out some of the footage here.

Zion Clark, a wrestler with no legs, takes down his opponent in his first MMA match 😳🥊 pic.twitter.com/JD1gWuNyBN