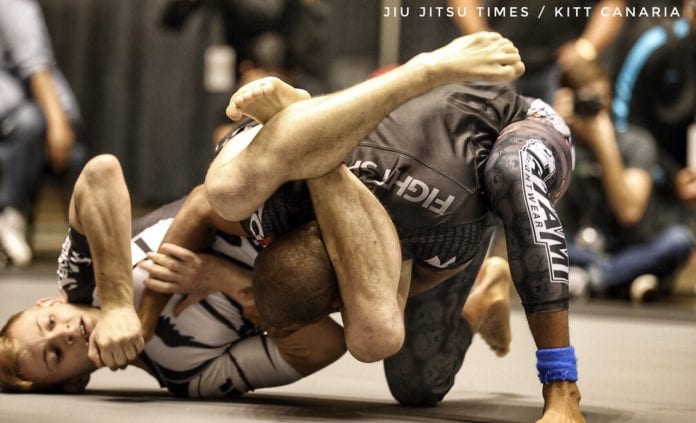 “Guest post by Evolve Vacation. The Evolve Vacation Program offers travelers the rare opportunity of a lifetime to combine a tropical vacation under the sun with authentic training under World Champions. You can train at one of the world’s most famous mixed martial arts academies, Evolve MMA, and also enjoy the exotic hidden treasures of the beautiful tropical island of Singapore. Evolve Mixed Martial Arts® is Asia’s top martial arts organization. It is our mission to deliver the best martial arts instruction available anywhere on the planet. Our award-winning instructor team includes authentic World Champions in Muay Thai, Brazilian Jiu-Jitsu, Mixed Martial Arts, Boxing, Wrestling, No-Gi Grappling, and more. We have been consistently ranked as the #1 martial arts organization in Asia by CNN, Yahoo! Sports, FOX Sports, ESPN StarSports, Tokyo Times, MMA Mania, The Fight Nation, Asian MMA, Combat Asia, MiddleEasy, and many other leading authorities. Evolve MMA ranks among the very best in the world”

There are many guard styles in Brazilian Jiu Jitsu, closed guard, open guard, spider guard, rubber guard, half guard, De La Riva, etc. Each guard has their uses and practitioners gravitate to one or more of these guards to use in their own games.

Typical clinches include an over-under clinch, double-overhook clinch, double-underhook clinch, or even head and arm control. Once control is established with one of the clinches, you are in a good position to sweep or submit your opponent. If your opponent isn’t versed in defending against the butterfly, it will become apparent as their base will be shifting, not knowing whether to sit up, lean forward, stand up or commit to passing your guard.

Let’s look at some highly effective submissions you can catch your opponent with while using the butterfly guard.

Another effective submission from the butterfly guard is the triangle. With an overhook on one of your opponent’s arms, you try to sweep your opponent to the opposite side. Effectively sweeping your opponent will put your opponent on their back, placing yourself in a dominant mount or a side control position.

Now you’ll be in position to tighten up your temporary triangle to a full-fledged triangle. Often times you will have to angle your body, relative to your opponent’s body, by kicking your foot off your opponent’s hips or even the ground, to solidify the tightest triangle possible.

Your opponent has just placed themselves in leg lock territory. The Single-Leg X, also known as the Ashi Garami, requires you to straighten one of your legs through your opponent’s leg and wrap your leg around the leg on that side, ending with it resting on their hip. Continuing to bring your foot further in front of your opponent’s thigh (reaping), will force your opponent to turn away and expose the heel of that foot. Gable gripping around that exposed heel and twisting that leg inwards, towards the opponent, typically forces the opponent to tap out.

The more flexible you are in your legs, the more this submission makes sense to use. When trying to sweep your opponent to the non-overhooked side, again, your opponent likely will stretch their arm out to avoid being swept to their back. Grabbing that wrist, or even blocking your opponent’s arm with your forearm, will prevent your opponent from collapsing the space you have made while attempting to sweep them.

Flexibility is your friend in this next step. Using your leg on your overhooking side, quickly maneuver it around and up your opponent’s back, over their head, and under their neck. Finish this submission using both hands to pull your opponent’s head toward you, over your own shin. For added pressure, palm your own heel and push up, while using your other hand to grab the ball of your big toe and pull downwards.

Now that you’ve seen a few good submissions from butterfly guard, it’s time to put this knowledge to use. Next time you train Brazilian Jiu-Jitsu, start off your sparring matches with an over-under clinch and see if you can set your opponent up for a submission by first trying to sweep them to one side. They are going to wonder why you just don’t want to start in a more safe position, say closed guard. Just tell them you’re doing some research and development on new Brazilian Jiu-Jitsu techniques.