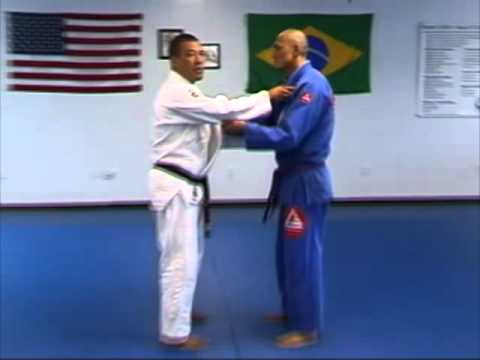 Last year ( yes, already!) I wrote an article on guard pulling v takedowns. My belief is that it’s important to have a well-rounded game. Even if you only pull or only use takedowns, training both is important in order to have a solid defense to the other- no? I mean, are you going to tell yourself you never use triangles so ‘why bother’ training how to protect yourself from being caught in one?!

Anyways… I thought it would be interesting to ask around (from East to West coast) and find out what my fellow BJJ practitioners use in their training and when competing. While there are variations, and as you become well-versed while continuing on the jiu-jitsu journey modifying and using what works for you; these takedowns and throws received an overwhelming response.

Just as each of us is different, our game will be attuned to what works for us. Obviously the basics are the basics. No-one is recreating the triangle! But people do use the same techniques with a twist here and there; chaining differently, adding a little of their own flair.
Perhaps you use the single with different grips which allow you to bring the leg to the shoulder & Joe Schmoe does it xyz. So without further ado here are the big dogs 😉

I’d be interested in starting judo. I’ve wanted to broaden my horizons so to speak. I think I may be a chicken on that end- those throws look vicious!! At any rate takedowns, throws, pulling… It’s all a matter of preference. Isn’t it?