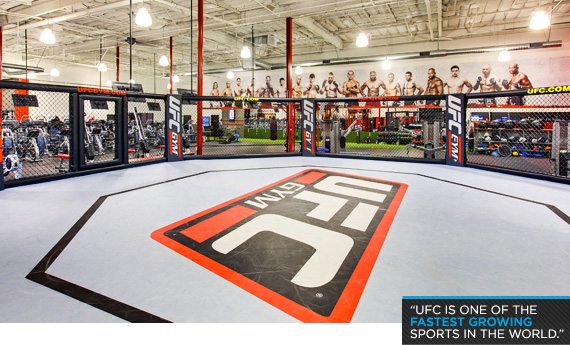 Mauricio Tinguinha Mauricio issued a statement on the 13th of January, 2015 concerning a fake black belt incidence in one of UFC GYM’s franchises. Mauricio is a dedicated Martial Arts professional with about 30 years of experience in Brazilian Jiu Jitsu (BJJ) and a fourth degree in BJJ black belt. According to Tinguinha, a BJJ instructor at a UFC GYM in Flower Mound, Texas was involved in a tussle over the authenticity of his BJJ black belt ownership.

UFC GYM is a gym that provides fitness awareness and exercise to children, women and men. The GYM has numerous franchises (over 100) located at various places in the nation, including Flower Mound, Texas. Mauricio Tinguinha is a BJJ (Brazilian Jiu Jitsu) instructor at the UFC GYM. Not only does he have a vast experience and a high degree of BJJ qualification, but he has also dedicated his life to demystifying Martial Arts and following its true philosophy.

The role of Tinguinha in UFC GYM

Following the fake black belt incidence, Mauricio has taken it upon himself to oversee to the future screening of all BJJ instructors in UFC GYM. His roles will include verifying BJJ, and other Martial Arts, coaches’ qualifications (such as the NASM certification), doing a background check on an instructor’s schooling, and certifying potential UFC GYM personnel. Together with other UFC GYM staffs, he will work towards the development of a standardized training curriculum for all UFC GYM franchises.

Mauricio Tinguinha Mauricio made a statement concerning the fake black belt incidence on one of UFC GYM’s BJJ Instructors. The Instructor, working at UFC GYM in Flower Mound, Texas, had a questionable background as to how he got hisBJJ black belt. After investigations, Mauricio Tinguinha could not verify the instructor’s qualifications. The said BJJ instructor has, since, ceased being an instructor at the Flower Mound UFC GYM. Mauricio has mandated himself with the task of screening future UFC GYM employees to avoid similar scenarios.

My name is Mauricio “Tinguinha” Mariano. For those who do not know me, I am a 4th degree Brazilian Jiu Jitsu Black Belt with almost 30 years of BJJ experience. I have dedicated most of my life to following the true philosophy of the Martial Arts.

As the BJJ program director at the UFC GYM corporate gyms, I’d like to comment on a taped incident that recently took place at a UFC GYM franchised location in Flower Mound, Texas. On the tape, a BJJ instructor at that location is seen reluctantly answering questions in regards to his belt validation while nursing an injury. At the franchise owner’s request, we have become involved in our role as franchisor to help further validate whether the credentials this BJJ instructor used to obtain this position with the franchise are legitimate. So far, unfortunately, we have not been able to find validation of that BJJ instructor’s Lineage or Belt history with the BJJ school he has referenced in Hawaii. As a result, he is no longer teaching BJJ at that UFC GYM franchise.

UFC GYM has a well organized BJJ program in our corporate UFC GYM locations that has existed for quite some time and, we are in the process of broadening that program and its systems across all our franchised locations. Each of our gyms currently screens every coach for the proper qualifications prior to their employment, including any necessary NASM certifications. Moving forward, I will personally be responsible for ensuring these standards are adhered to for BJJ in all UFC GYM locations. I will also certify all UFC GYM employed BJJ head coaches. This improved certification process will create common training programs and accreditation systems across all UFC GYM locations further aligning our BJJ program offerings. It will also consistently leverage the safety and proper instructor training mandates that already exist in all UFC GYM corporate and franchise locations. The result of our system-wide BJJ program enhancements will be a consistent, high-quality BJJ platform based on the foundations of this Martial Art. This accreditation process and new programming will occur across the upcoming months making elite BJJ training available to all UFC GYM members.

Today, we have a team of approximately 45 BJJ instructors in our UFC GYM corporate gyms. There are verified Black Belts in all of those gyms. We are proud of the work that has been put in by all members of this team and look forward to implementing those same systems and programs at all of our UFC GYM franchises as well. This alignment has taken time, but will be universally offered across all locations. We assure the BJJ community that we are committed as a brand to proper BJJ systems and training and I look forward to the opportunity to share my passion for BJJ with all of our members.