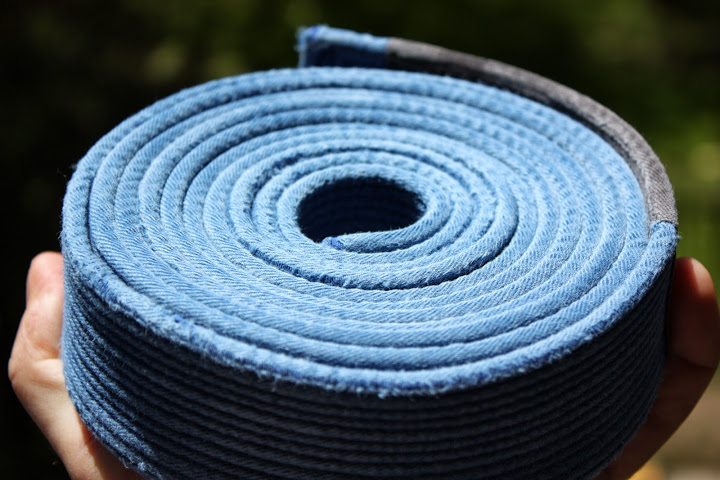 I find myself jumping into white belt situations now.  Extending my arms on purpose or giving my opponent a good position just so I can see how different things feel.  As a white belt, it’s a given that you are going to make mistakes on every roll but as a blue belt those mistakes should be a lot fewer.  I don’t believe your way of rolling really changes much, you are just more aware of those movements.  They say that blue belt is a time for experimentation and one of the most important steps in your journey but can the experimenting lead to creating bad habits?  No I don’t believe so, that’s the beauty of it. 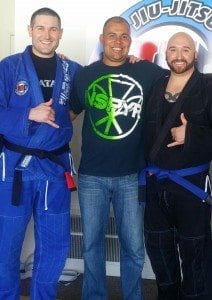 The way I move or control my opponent has changed drastically.  This is especially noticeable when I’m rolling with the higher belts in our class.  I slow down a lot more to feel their transitions and how their body weigh shifts.  I’m trying to escape the positions instead of trying to avoid getting into them.  We all know you can’t avoid them forever!  I remember the first time I rolled with a black belt, it was like the guy wasn’t even there!  I didn’t feel his weight or see what he was doing, unless he wanted me to!  That’s experience that allows him to bait your movements and predict the outcome.  I want to learn that, but first you have to feel it.  Now I catch myself waiting for that light feel or that pressure in the wrong spot.  Then attempt to capitalize on it, usually I fail, but I’m still learning.

Jiu Jitsu is like a life force to me, it feels like there isn’t a real answer to anything.  If you think you have found it, then it changes.  As a white belt, that burning question of “what if” burns through your mind constantly.  As a blue belt, the question changes from “what if” to “why”.  That’s why I say that it’s living, it can be argued that the jiujitiero is changing not the Jiu Jitsu itself, either way something is evolving to a living motion.  How each individual takes that evolution varies greatly from one person to the next.

Blue belt is a killing demon, it takes dedicated jiujitiero’s and turns them into machines and kills their closed minds.  At the same time it turns others into quitters, weeding out the soft minded and causing them to run.  This is Jiu Jitsu’s chi, the life force that drives it all, the need to learn more and to attempt to master our art.  Either you learn or you quit, it’s not winning and losing.

Your evolution will be different than everyone else.  There isn’t a set plan that everyone follows that will determine your fate in Jiu Jitsu.  It’s up to you, you decide your own evolution!  Not everyone will make the full journey to becoming a black belt.  However, everyone CAN make it if they chose to evolve during their progression and feel Jiu Jitsu.  That’s just my thoughts.  Roll Safe Everyone!! Oss!!