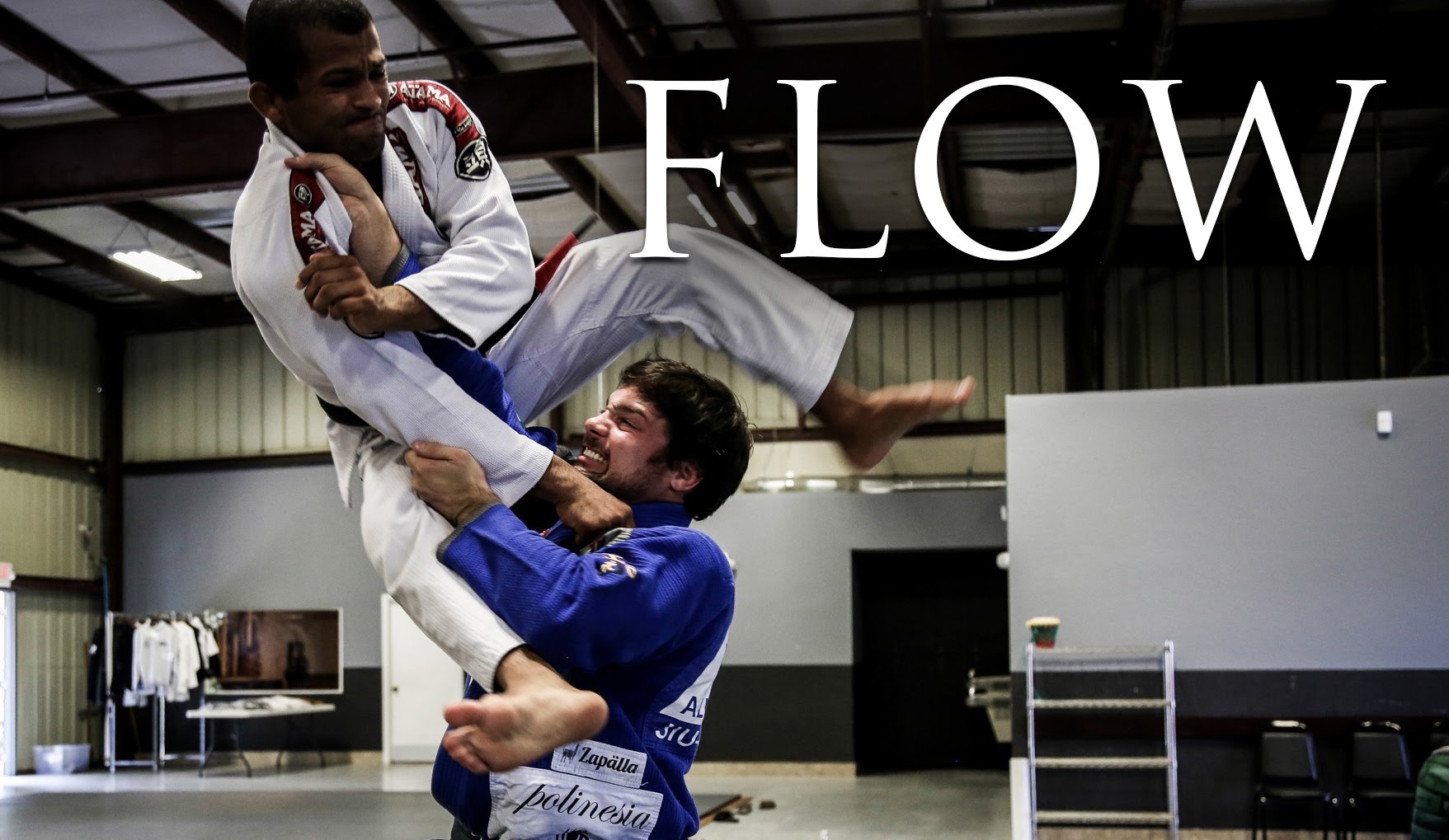 There is a lot of focus in Jiu Jitsu with the concept of flowing, and with allegories about water. We are supposed to find ways to be like water in our Jiu Jitsu and when watching many of the great athletes out there, we see them be able to use tiny spaces that their opponents leave for them to create openings and opportunities. Flowing is perhaps one of the most important and one of the most difficult concepts to understand.

I’ve heard of a story of a teacher bringing in an empty vase. The teacher then fills that vase with large rocks and asks the class if the vase is full, and the students reply that it is in fact full. The teacher than pours in progressively finer things from pebbles, to sand and eventually water, showing that there’s always space that can be found. Similarly one major aspect of flowing is finding ways to instinctually know where gaps exist and to use those gaps to both escape bad situations as well as apply greater pressure.

One excellent way to practice flowing is flow rolling. Flow rolling is the activity of rolling without trying to dominate or submit your training partner. The principle is to constantly move, and to put yourself in good situations and bad situations without any real regard. Ultimately this allows you to find paths that you wouldn’t have found had you been making an effort to dominate the other person. I’ve found ways to take people’s backs from inferior positions just by accepting the inferior position during a flow roll and then trying to find new paths.

Another aspect of flow rolling that is really important is to have fun. I love to find silly, awkward positions and then unravel them, in doing this I create mental connections between different possible outcomes. This is highly valuable as it allows my mind the dexterity needed to create unexpected reversals during live training or competition.

Flow rolling is often difficult as it truly involves acceptance of uncomfortable positions and situations. If you flow roll with someone you trust, also trust that they are going to give you the opportunity to work from these positions.

One thing about flow rolling is that talking while doing it can actually be helpful. I’ll sometimes even ask my training partner to let me get in a specific position or acquire a certain angle so that I can explore it. A lot of times something as simple as saying “Hmm can we go back to that one position from a few moves ago” can make all the difference. It also builds camaraderie and lets your training partner know that they can do the same thing. Ultimately the healthier your relationships are with your training partners the better your flow rolls will be, and vice versa!

Next time you train, try flow rolling with your favorite training partner. Be as liquid as facile as you can, while at the same time keeping in mind that every new path you find is another weapon to add to your arsenal. Communicate and be open-minded as this can be one of the most rewarding parts of the Jiu Jitsu journey.