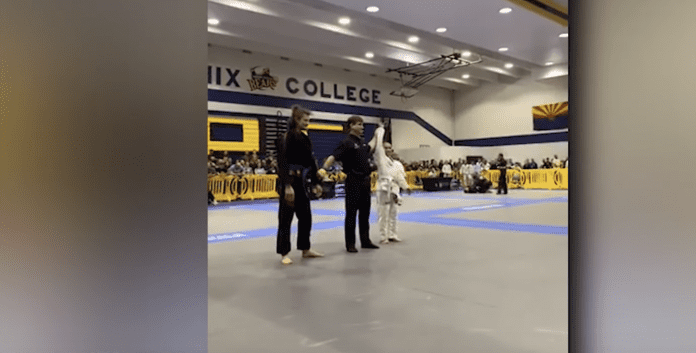 Coming into a clinch early in the fight, Godoy wasted no time pulling a leg sweep on O’Malley and falling into side control. O’Malley turned into turtle in response, allowing Godoy to take his back. Despite several attempts to roll and shake Godoy off, the Ghostbuster Boy kept his hooks in and stayed glued to the purple belt. Godoy soon sunk in a choke and got the win.

The two fighters then embraced as the crowd erupted in applause.

Isaac currently trains under Soul Fighters coach Allan Di Lucia, a BJJ black belt who specializes in training athletes with special needs around the world. “Isaac has developed very solid back control in his training,” Said Di Lucia. Di Lucia works with professional grapplers and fighters like O’Malley to give BJJ athletes with special needs rewarding experiences in a tournament setting.

Now if you’ll excuse me, I need to go find the person who keeps cutting onions around me.