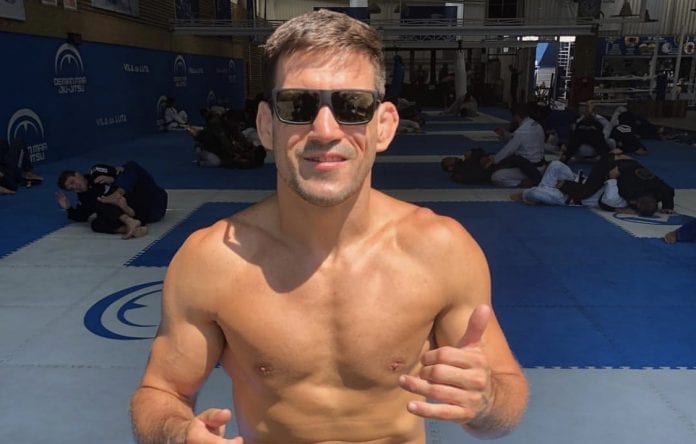 Hard to believe it, but there are some young guns out there so young they only know the UFC’s Demian Maia as, well, “Demian Maia from the UFC.” The Brazilian black belt has been one of the most familiar faces in mixed martial arts for well over a decade now, and will again step into the ring tomorrow in a matchup of grapplers against Ben Askren. With Maia departing the jiu-jitsu competition circuit in 2007–a simpler time, back when the iPhone had JUST dropped and Mims’ “This Is Why I’m Hot” topped the charts–we’re used to seeing supercuts of his performance as the “best grappler in MMA.”

But we don’t see much footage of him in the gi, celebrating with old Alliance teammates, or savaging competitors en route to those World Cup and ADCC wins. So Riccardo Ammendolia made one covering Maia’s jiu-jitsu journey, releasing it just in time for the Askren match:

Good luck not cheering for him in Singapore after seeing this.