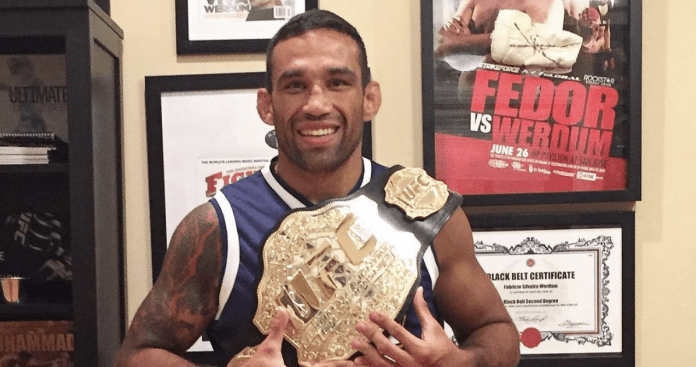 The PFL just added another major fighter to its roster.

The MMA promotion announced that former UFC heavyweight champion Fabricio Werdum would be joining the ranks of PFL heavyweight fighters for the 2021 season, which will begin on April 23.

Werdum most recently fought in July of this year, beating Alexander Gustafsson with an armbar in the first round.

“I am excited to announce Fabricio Werdum, the Tom Brady of MMA, has signed with the Professional Fighters League. Fabricio is one of the greatest heavyweights of all time and knows when he steps into the PFL cage this coming season, it is more than a fight. The PFL sport season format provides an opportunity to control his destiny, like all PFL fighters, with a transparent shot to earn another major global title and the PFL million-dollar champions belt.”

Werdum will join other talented PFL athletes, including Olympic gold medalist judoka Kayla Harrison, in this new chapter of his career.