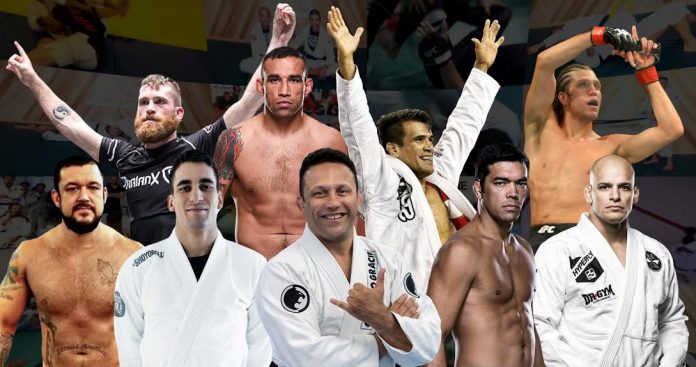 We can certainly point to the UFC, ADCC or IBJJF World Championships many of these names have in common; we could also point to the world-class BJJ instructionals many of them have released over the years, one commonality they all share is their understanding and appreciation for the principles of jiu-jitsu. Every one of these influential figures accomplished great things in combat sports, but not without having a profound understanding of what it takes to achieve optimal efficiency in combat.

As such, there is considerable buzz over a new instructional being put out, one that may very well be the most important BJJ instructional ever released, for any belt level.

On Saturday June 26th , Rener and Ryron Gracie will officially be launching a program that has been decades in the making, ‘The 32 Principles of Jiu-Jitsu.’ Beyond simple moves, sequences, or mindsets, this instructional is the first to actually lay out the fundamental building blocks or “micro principles” of jiu-jitsu. Originally intended to be released exclusively in the purple-to-brown belt curriculum on the Gracie University website, the instructional reportedly came out so much better than expected that the brothers decided they would make in available to the general public, regardless of rank or BJJ affiliation.

Before releasing the course, Rener and Ryron wanted to get feedback from world-class black belts, and here is what some of them had to say:

“This is the first time in history that someone dedicated their time to develop this course based on principles,” Master Renzo states. “Jiu-jitsu can be very complicated but once you learn the principles, new horizons all open. You’re going to learn much faster. The best part is the principles are universal. It doesn’t matter if you train gi or no-gi, you’re going to use [the principles] to make your jiu-jitsu better.”


“Those principles are for white belt to the black belt,” Rubens “Cobrinha” Charles states. “It doesn’t matter what your rank is. Once you learn the 32 principles, everything in jiu-jitsu will make more sense for you.”

“Coming up in BJJ, I had to learn the hard way,” he continues. “I wish I had this explained to me in this way when I was a white belt.”

“As I looked at [The 32 Principles] and as I got into it, I realized what a great project this was. As we all know jiu-jitsu is very, very hard. 32 Principles of Jiu-Jitsu takes a conceptual approach to jiu-jitsu, helps everybody learn easier. Coming up through the ranks, I’ve seen jiu-jitsu transform. It used to be only the strong survived to where everybody can find their place on the mats now, can find a way to survive. 32 Principles certainly helps you to do that. I promise you, I assure you.”

Speaking as someone who writes reviews on jiu-jitsu DVD’s, while I have found the essence of many of these universal principles within the workings of other BJJ instructionals by top black belts, there has never been anything released as comprehensive and game-changing as The 32 Principles. Almost all instructionals focus on a specific component of the game, whether it be guard-passing, back attacks, or leg locks. In this instructional series, Rener and Ryron take a step back and teach why jiu-jitsu works the way it does. Not only do they give several examples of each universal principle at work, they use 3-D motion graphics in
every single lesson to make sure the viewer understands how all the principles coalesce into the grand fabric of jiu-jitsu.

“I have always liked Ryron and Rener’s work with self-defense but this course is much bigger than self-defense,” Gui Mendes discusses. “This is the first time I see someone organizing the principles of jiu-jitsu and this is something that is very rare to see in the jiu-jitsu community. I think it’s something that’s very special.”

I can unequivocally state that I have not seen a greater overnight jump in my own personal skill level from any instructional than I have from previewing The 32 Principles. In one video discussing the principle of Connection, they discuss every type of anatomical connection one can utilize, giving the unique and specific purpose(s) for part of the human body. From the head to the ulna to the shoulder to the quadriceps, every body part has a specific way in which it can connect – to our opponent, to the ground, or to ourselves – for the purpose of “preventing, promoting or predicting movement” as Ryron and Rener explain. This single
lesson on Connection (Principle 1 out of 32), increased my effectiveness more in a single day than any other instructional I’ve ever seen. I was so much more aware of why I was doing the things I was doing, and mind you, I’m a black belt.

“I’m so excited and so happy that Ryron and Rener put the principles in a way that anyone can understand,” the seven-time world champion adds.

Another principle is known as “False Surrender,” which serves as a strong mindset in maintaining a good poker face while both on offense or defense. In a combat situation, most of our actions are predicated on what we perceive to be the mental state of our opponent. If our opponent is over-aggressive and over-confident, we will often take a defensive posture and mindset. Alternatively, when our opponent is tired, exhausted, or weakened, we are more likely to make our advances. With this in mind, it’s easy to see how feigning compliance or surrender in a specific situation can lure your opponent into making a move that you are not only anticipating, but prepared to capitalize on. The brothers show several specific situations where you are able to feign surrender so that your opponent lets their guard down, allowing you to capitalize.

A personal favorite of mine has to be the Overload Principle, which is the disproportionate application of your resources to target a specific part of your opponent’s body. Whether that means using two or more limbs to control a single limb of your opponent or using your entire torso to control the chin of your opponent, there are several examples discussed of how you can gain an ‘unfair advantage’ over your opponent when applying this principle in theory. I have found it particularly useful in guard passing as I am stacking and ‘overloading’ a person’s hips above their head, effectively handcuffing them towards either exposing their back or granting you the guard pass.

“It actually makes a big difference,” states 2-time ADCC, IBJJF, and UFC champion, Fabricio Werdum. “What I liked most is that any person can learn from white belt to black belt. I’m absolutely certain that when you watch the course by Rener and Ryron, you’ll be able to learn jiu-jitsu more easily and retain it more effectively.”

Even though each principle can be learned in a day, it will likely take weeks or months to apply the concepts to all your past learned techniques and to strengthen your understanding to the point where you can call on the principles to improvise on the fly. Upon viewing this instructional, you can expect to simplify the learning of new techniques you pick up from any and every source, streamline the application of existing techniques you already know, as well as strengthen your ability to improvise in every position.

A couple of weeks ago, I flew down to Cancun for vacation and to watch Combat Jiu-Jitsu Worlds. When we landed, I asked my professor Eddie Bravo if there were any last-second opportunities to fight at catchweight, which he obliged to set up. Though I was not in great shape and had not trained at all for CJJ, I felt confident that I could avoid damage based on my understanding of certain principles of jiu-jitsu. Distance management, kuzushi, proper framing, are all concepts I understand well. I far exceeded my expectations by not taking any damage in the fight that included open palm strikes, not even electing to wear a mouthguard. I happened to lose in EBI over time, but the experience for a hobbyist such as myself was unforgettable. If not for having been exposed to the 32 principles, I doubt I would have had the confidence to know that if the worst comes to worst, I could avoid leaving with fewer teeth.

10th  Planet standout Nathan Orchard, another CJJ competitor, had this to say:
“The 32 principles are the fundamental building blocks of all martial arts. Whether you’re a beginning white belt or a seasoned black belt, these 32 principles are so beneficial to the deepening of your knowledge of martial arts. Whether you’re a striker, a grappler, a mixed martial artist, or even studying self-defense, these 32 are core concepts that can help deepen your knowledge of how martial arts work as a whole. They are the foundational truths of martial arts.”

On Saturday, June 26th, the The 32 Principles: Part 1, will be released, and the Gracie brothers plan to do a live “unveiling” webinar from 3-5 PM PST. You can register to watch for free The32Principles.com. The course will be discounted by over 25% for the first 24 hours. Tune in to the live broadcast to understand why there is so much excitement around this course that will surely take your jiu-jitsu to the next level. 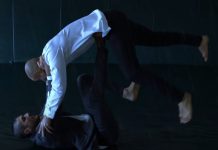