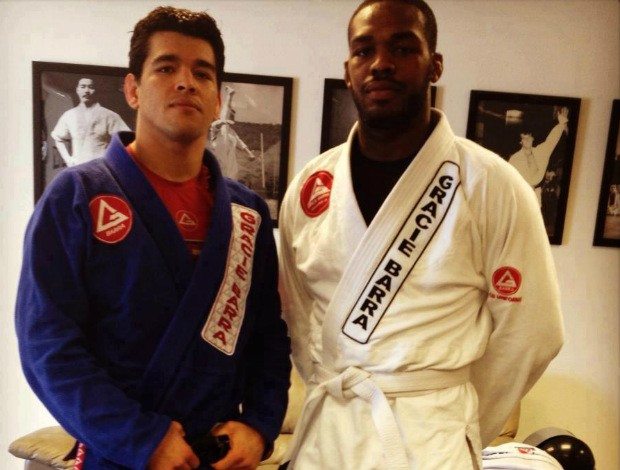 You could be forgiven for assuming that Jon Jones, the Light Heavyweight UFC champion, is an advanced Brazilian Jiu-jitsu practitioner – with a belt color that reflects this. Jones has four Octagon submission wins. This includes a memorable victory over Lyoto Machida, when he applied a standing guillotine choke hold at UFC 140 in 2012.

However, although he has mastered the mechanics of Jiu-jitsu under Robert Tussa, Jon Jones is still a Jiu-jitsu white belt. Often, the successful, well known fighters – particularly longstanding champions – progress to black belt faster than a normal practitioner would. Notwithstanding, Jones is not being handed any favors in this regard, and this is not his decision. 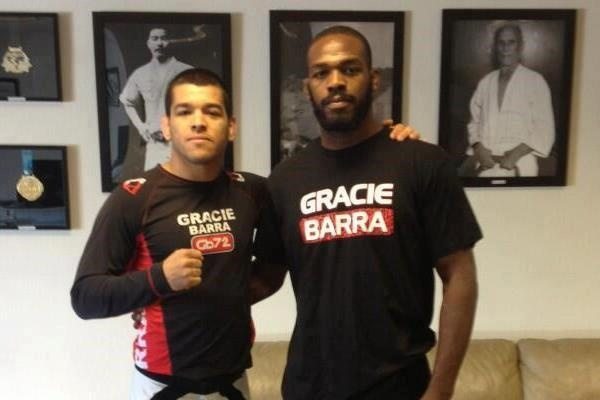 “Before anything else he needs to learn the principles of jiu jitsu, understand the rules, the philosophy, he has to spend some time. I can’t just give him the belt because he’s Jon Jones. So, about that classic photo where he’s got the white-belt, I said ‘Jon, I’m going to put the white belt on you because you never trained in the gi. You’re good as hell, you caught a black-belt in a guillotine and all, but that doesn’t make you a black-belt.’ So, I want him to put in work. It’s a way of forcing him to put on the gi and take some lessons, the same way my other students do. I don’t think it’s fair to my students who work one or two years to get a blue-belt for Jon — because he’s a UFC star — to get the blue belt without knowing the philosophy, without knowing who my master is. That’s how I think and he respects that a lot.”

In a recent interview, Tussa stated that Jones will not be gifted a blue belt, purely on the strength of his celebrity and accomplishments inside the Octagon. Instead, he will need to spend more time in the dojo, if he wishes to obtain a blue belt ranking in future. Tussa explained that his other students have to train for up to two years, before receiving a blue belt. Therefore, it would be unfair for Jones to receive a blue belt, without first learning more about the philosophy and rules of Jiu-jitsu.