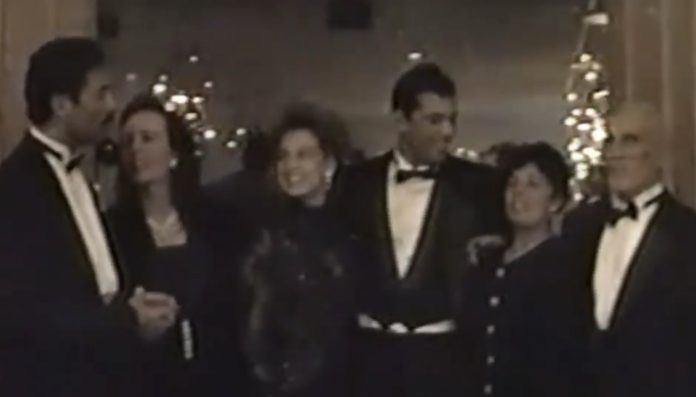 When we think about the origins of Gracie Jiu-Jitsu in the United States, the classic Hermosa Beach garage ran by a young Rorion Gracie is at the forefront of any recollection of jiu-jitsu history. Without its humble beginnings in the Gracie Garage, jiu-jitsu would not be where it is today as a multi-national sport and self-defense system that serves many hundreds of thousands, if not millions, around the globe.

Behind the organic growth that jiu-jitsu was visibly garnering is what many consider an ‘unsung hero,’ the glue that held it all together, the matriarch of the household that built jiu-jitsu in America. We remember Suzanne Gracie as an indispensable part of developing what is now modern-day Brazilian Jiu-Jitsu, not because she had the fiercest triangle choke on the block, but because as Rorion taught upwards of 12 hours a day in his garage, Suzanne was busy running the household and raising five kids, all of whom would play major roles in the growth of the art taking after their father.

Suzanne recently passed away peacefully at home surrounded by her children after an aggressive bout with cancer. At a belt promotion ceremony the previous week, her second eldest son Rener shared these emotional reflections on her life:

She is survived by her children Ryron, Rener, Ralek, Sage, and Reylan, her 10 grandchildren (Rylan, Rakai, Valyn, Vemma, Raeven, Alua, Faro, Renson, Rovan, Rocqlan), and her husband, Mark. Besides her cherished role of raising her children and grandchildren and her career in real estate, she was also pivotal in establishing the roots of Brazilian Jiu-Jitsu in the United States. She enjoyed her weekly walks on the beach and the family has recently set up a GoFundMe ( CLICK HERE ) to raise money for a bench in her memory to be installed near where she frequented.

On a personal note, I was lucky enough to share a dinner table with Suzanne and a few others at the 2015 Gracie Academy Holiday Party. I could not have been more impressed with the grace with which she carried herself, the kindness she exhibited in holding a candid conversation with a complete stranger such as myself, and the unwavering love and pride that she had for all her children and grandchildren. Unbeknownst to me at the time, here I was sitting with a woman who had been there every step of the way in developing Gracie Jiu-Jitsu in America, that had lived through the struggle of helping grow a martial art with relatively little traction at the time, and that had a front-row seat from the very inception of critical moments in jiu-jitsu history such as the first UFCs, the Gracie in Action tapes, the original Gracie Academy in Carson, CA, as well as the very birth of industry leaders that play a major role in jiu-jitsu today.

The Jiu-Jitsu Times would like to extend our heartfelt condolences and prayers to the Suzanne’s family and friends. The indispensable contributions to the art we all know and love will not be forgotten or overlooked. Everyone in the jiu-jitsu community should be aware that without Suzanne Gracie, the martial art we know as Brazilian Jiu-Jitsu would not be a fraction of what it is today.