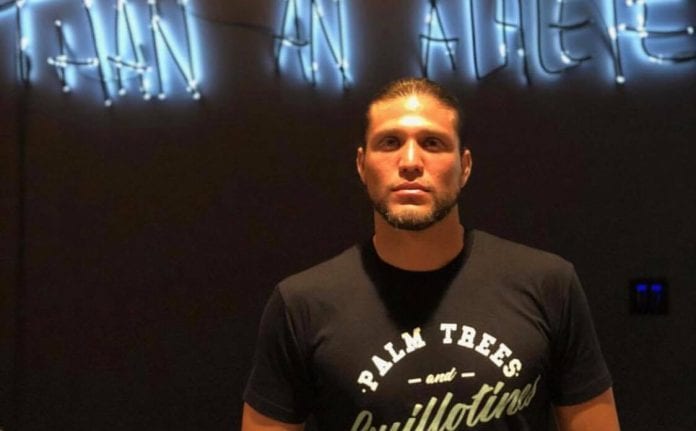 UFC Featherweight Brian “T-City” Ortega was no doubt disappointed in his performance last night at UFC 231. Not only did T-City fall short of becoming the UFC Featherweight Champion, but the reigning champ, Max Holloway, handed him his first professional loss.

However, one man who’s not disappointed in Ortega is his BJJ coach, Rener Gracie, who’s been training Ortega since he was a kid.

“When we arrived at the hospital, the first thing you said was ‘I’m sorry.'” Rener wrote on his Facebook wall. “My brother, you have nothing to be sorry about. You came from nothing and you competed on the highest level against one of the best p4p fighter’s in the world. For four rounds, you took his best shots, but you never went down and you never stopped firing back. The heart you displayed last night could never be taught, and I’ve never been so proud to be your coach, your friend and your fan. You didn’t fail, Max prevailed. And if it was ever possible to win in defeat, you did it last night.”

I think I speak for everyone here at the Jiu-Jitsu Times when I wholeheartedly second Rener’s thoughts. Not only did Ortega put on a show worthy of challenging the legendary Gilbert Melendez versus Diego Sanchez brawl back at UFC 166, but as Rener rightly pointed out, Ortega “came from nothing” and worked his way up to the highest level of competition, no doubt proving (if he hadn’t already) that he was a force to be reckoned with in the UFC’s featherweight division.

Keep on fighting, Brian Ortega. We all look forward to your next match!