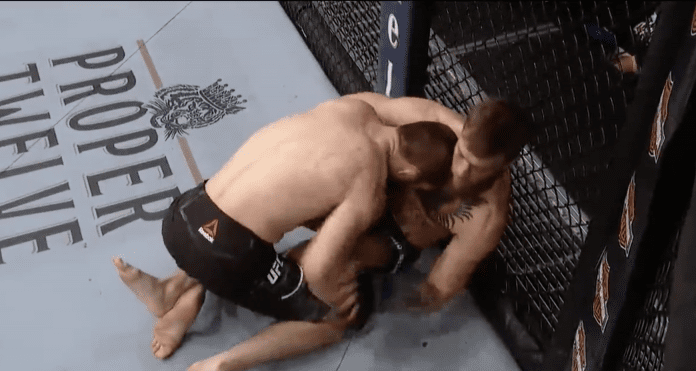 While the debate rages online and on gym mats today about who was the biggest winner and loser in last night’s UFC 229 circus brawl between Conor McGregor and Khabib Nurmagomedov, several high profile combat sports names have been quick to show support for Team Khabib.

Shortly after all hell broke loose in Vegas, Renzo Gracie made his feelings about Nurmagomedov’s airborne attack on controversial McGregor camp member Dillon Danis known with this post on Instagram:

In case you weren’t clear on where he stands, he followed up with this later: 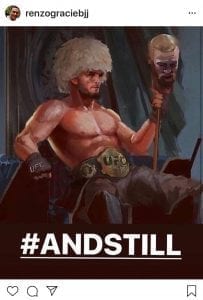 Meanwhile, UFC champion-commentator and Khabib training partner Daniel Cormier took to Twitter to explain some of the extreme emotions on display post-fight: 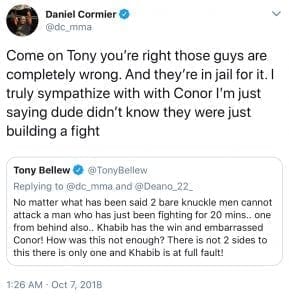 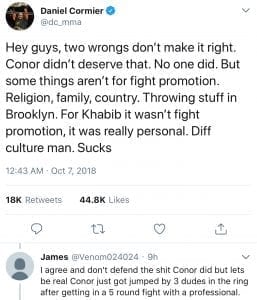 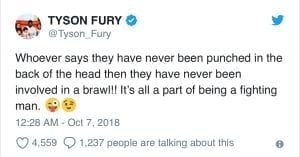 And recent Quintet 3 all star Gordon Ryan had these simple words to share: 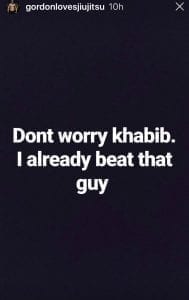