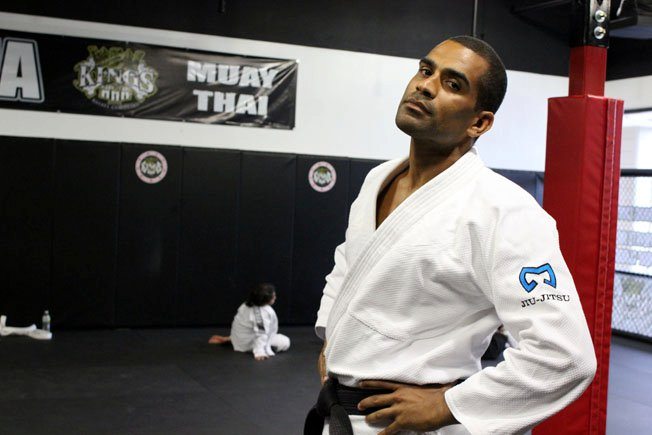 So….tonight I was part of what, in my humble opinion, was one of the finest black belt promotion classes 10th Planet has ever seen – with Eric Ramey, Robert Rodriguez, Rhasaan Orange, and Renato Laranja

Although Orange has achieved success in show business and modeling through roles on Sesame Street and Days of Our Lives, he has reached legendary cult hero status in the BJJ community with his hilarious, brash and arrogant Renato Laranja character. As Laranja, Orange has jokingly mocked and heckled the top of the BJJ and MMA food chain including Andre Galvao, Chris Weidman, Nate Diaz, and Joe Rogan. He has also collaborated on several skits and projects with his coach Eddie Bravo, including the short film Return of the Death Knuckle.

Congrats to Rhasaan, Scott, Rob, and Eric on your promotions to Black Belt!