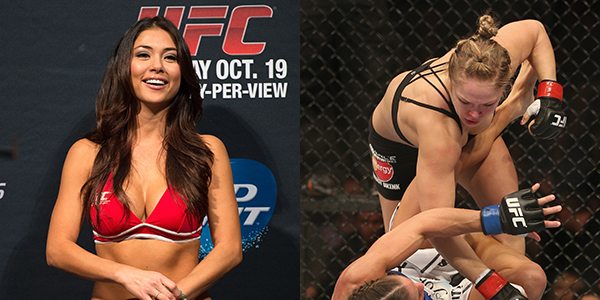 Ronda Rousey recent interview with with MMAfighting, she talked about how Ring Girls gets paid higher than the fighters

…
“I have a comparison with how I was treated as an Olympian to how I’m treated as a UFC fighter and I always feel like I’m just so lucky to work with a company that I feel like actually cares. There’s times where they give me more than they’re contractually obligated to or more than I even expect. That’s why I always trust them so much. Even if they didn’t ever give me anything extra, I would still be happy, because you know what I made an as Olympian? Nothing. It cost me money.”

@GBTRU pretty positive we don't get paid more than fighters. I work my *** off outside of Ufc not sure if anyone notices.