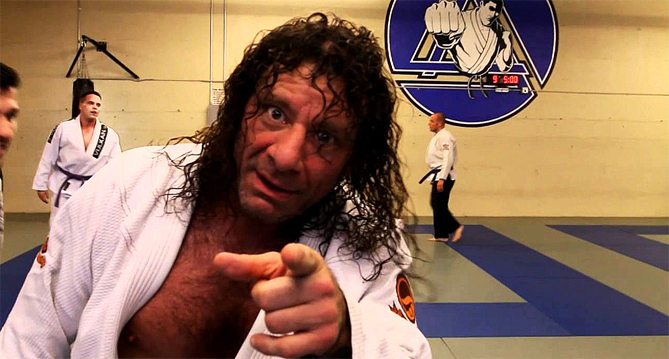 Brazilian jiu-jitsu has its unique challenges, especially when it comes to sparring partners. No one is perfect, true, but some partners may leave something to be desired. If you have been practicing jiu-jitsu for some time, you might have come across one or a few of these guys. Here are the most annoying types of partners in BJJ that you should get to know:

The Dirty One
This is one of the most annoying partners you’ll meet as a beginner practitioner. Guys like the Dirty One have some serious hygiene issues going on. They walk and fight on the mat with dirty feet, don’t bother to clip their nails and often forget to throw their gis into the washing machine for a spin. They could carry some nasty stuff under their long fingernails and cause an infection if they cut you.

The Smelly One
The Smelly One and the Dirty One usually share many characteristics but the Smelly One is unique in that he is defined by his utter inability or reluctance to wash his gi. You will know this guy once you smell his signature scent – that pungent sourness of new sweat mixed with week-old sweat that has dried and settled on the fabric, rising like some scary invisible mist with one sole purpose: to invade your nose. These guys smell so bad that sometimes they make you wonder if the smell is just part of their fighting technique, which, if you think about it, can be a powerful albeit illegal weapon.

The Complainer
The Complainer looks tough and capable but keeps a detailed mental list of all the aches, pains, bruises, cuts and scratches he has ever received during the course of his training. Then he will tell you – in detail – every little thing that ever happened to his body, regardless of the severity. It does not matter if the scar was just a minor scratch made by an erring fingernail – you need to know it and he will use it to his advantage during a match. You’ll know this guy once you grapple with him. Once you get into an advantageous position, he will attempt to avoid any more attacks from you by complaining about an ache or pain or an old injury. As a result, you have no choice but to start again. If you want to make full use of your precious time, avoid this type as much as you can.

The Spazzer
You can spot this one quite easily. It’s the overly enthusiastic guy with so much energy to burn that he’s spastic. The Spazzer rarely holds back and does everything with all his might that he completely forgets it’s just a class, not a situation in a dark alley where he has to defend his life for real. The Spazzer can get you hurt unnecessarily and the pain is not even worth it. Don’t be afraid to tell this guy to put it down a notch.

The Crap Talker
This guy shows his true character by being disrespectful to the other guy. His ego is so big he has to put down every guy he beats by talking behind that guy’s back. He will make it appear like he put little effort in gaining the upper hand. When he does get defeated, however, he will brush it off, find an alibi and simply belittle what the other guy did. Humility is not in this guy’s list of personal characteristics.