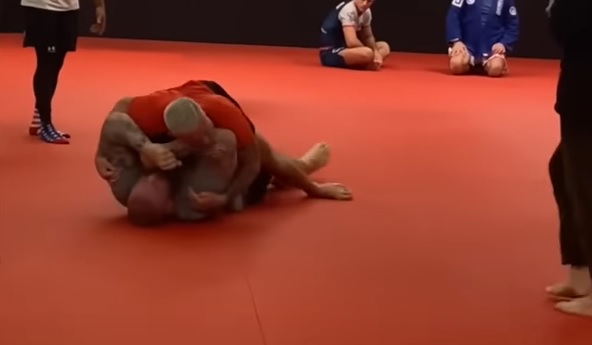 Hafþór Júlíus Björnsson, better known to most audiences as Gregor “The Mountain” Clegane from Game of Thrones, was recently caught on tape rolling with none other than Gordon Ryan, widely regarded as the most dangerous no-gi grappler on jiu-jitsu’s modern competition circuit.

Björnsson, a decorated professional strongman who stands at 6’9” and weighs in significantly north of 300 pounds, published a video of their friendly scrap on his Instagram page, writing, “Literally went against the best and got humbled quite badly.”

Björnsson, who was excited by the opportunity to roll with Ryan in advance of the latter’s UFC invitational submission grappling match, added, “I love trying out new sport[s], and what a pleasure it was. Excited to watch Gordon crush his opponent tomorrow! This guy is next level!”

Check out the footage below.