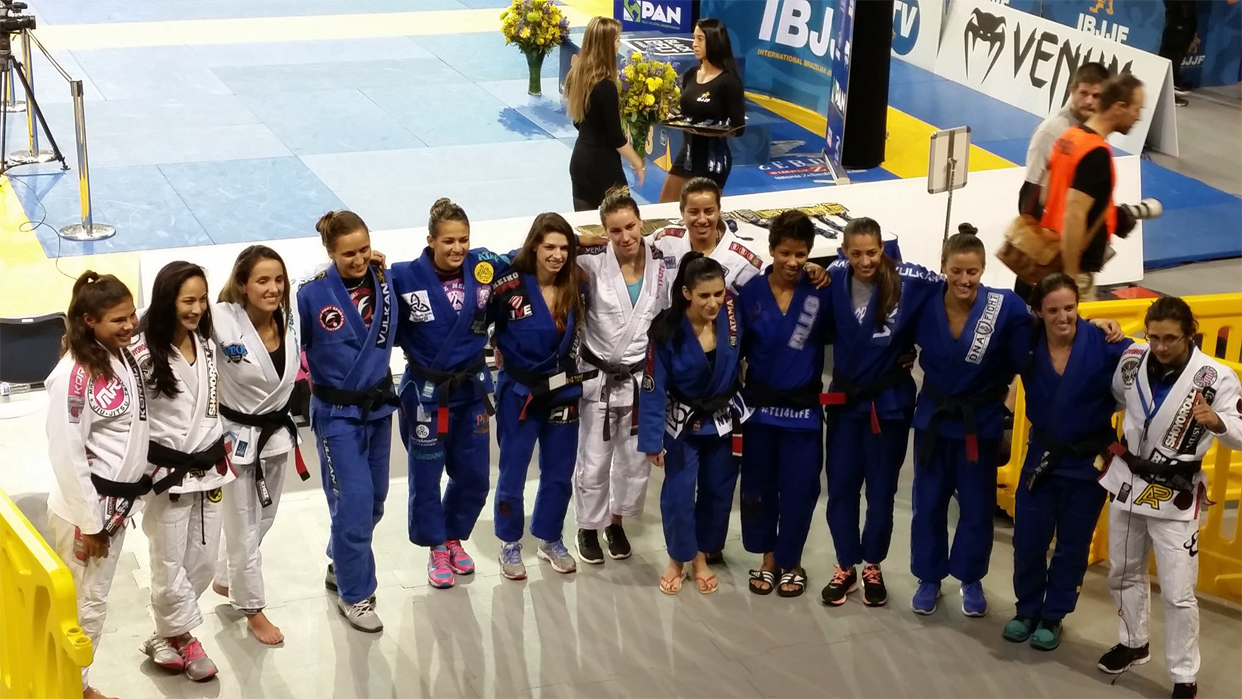 Brazilian Jiu Jitsu was initially developed with the idea that people of smaller stature who are not naturally athletic should be able to use technique to overcome larger, more powerful and athletic assailants. Given that women are generally the smaller/less muscular gender BJJ is ideal for women’s self defense and as a result has been popularized as a good system for women. As a result, there is somewhat of a culture that has risen from women’s interest in BJJ.

For starters, it can be very difficult for a woman to enter a world that can often be very macho and testosterone fueled. I have seen many instructors who hold the idea that the health of their academy can be in some way measured be the strength of their female competition team. This is certainly a valid viewpoint because a lot of success in BJJ is dependent upon abandoning negative parts of our ego, and men who exude positivity will create an atmosphere better suited for newcomers, including new women.

The effectiveness of Jiu Jitsu can be illustrated by women who get very good at it. One of my very first experiences with BJJ was rolling with my first instructor’s wife, and having her absolutely demolish me. It was then that I realized the true potential value and potency of BJJ.

A major concern for women is the presence of men who take issue with the idea of getting tapped out by a woman. I’ve heard of incidents in which a physically smaller but far more technical girl was roughed up by a larger more aggressive man. This sort of incident is a common occurrence but it should not be. When I roll with people who are physically smaller than me, male or female, I try to focus on areas of my technique in which I can gauge and control my use of physical strength, this way I can avoid hurting my training partners. Men should be absolutely willing to tap out to a woman when she is able to secure a submission as muscling out of that submission can lead to either self injury or injuring the woman, neither of which is a desirable outcome.

Another important point that I’ve noticed is that once a team has a solid core group of women who are good grapplers, when new women come in they will be more likely to stay, for that reason I’ve seen many coaches give extra help and attention to their female athletes. This can be a double edged sword because the men may feel neglected, but the reality is good female grapplers are good for the martial art as a whole.

It is my opinion that all women should train BJJ as it can act as a physical equalizer should a woman ever have to defend herself. I also think that some of the best matches are between highly technical female grapplers. Just look at Metamoris 2, Mackenzie Dern vs. Michelle Nicolini, arguably the most dynamic and entertaining match of that event. As the sport evolves, ways to attract and retain female practitioners will evolve too. It is important to encourage women to train and to make sure they feel welcome.