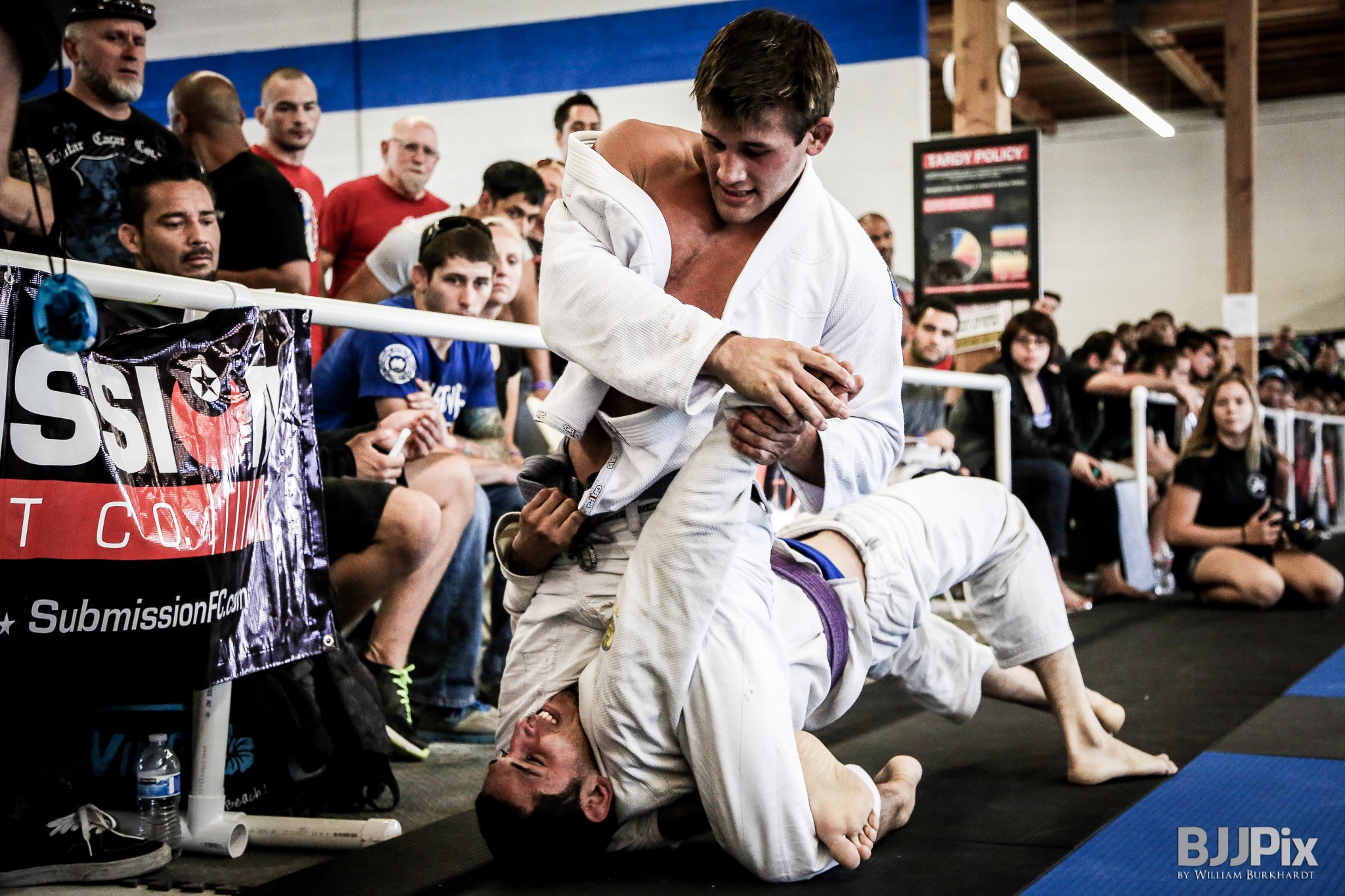 One of my training partners has been a very consistent competitor on the Southern California tournament scene for the past year. As a white belt, she won gold at 5 Grappling, Las Vegas Open, and Grappling X, while placing second at the Worlds. In her first competition as a blue belt, she finished second in the Gi and first in NoGi in two crowded brackets at American Nationals. She was on a roll and had momentum on her side.

At her next tournament, she entered both the Gi and NoGi divisions at the Fall edition of 5 Grappling in Long Beach and her training was going well. However, on the day of the tournament, she said she felt like she lacked energy. She lost her first match in the Gi, but rebounded to win a consolation match for third place. She then decided to enter the Open Weight division where she lost her first match by submission. After her open weight match, she mentioned that she lacked energy and just gave up half way through her match. She was frustrated and tired and decided not to compete in the NoGi division that day even though she just won the American Nationals in NoGi a few weeks earlier. I couldn’t blame her since the gymnasium where the tournament was held was hot and humid with a temperature around 90 degrees.

Her next tournament was NoGi Worlds and she drew a very tough opponent in the first round was battling from bad positions for most of the match and lost on points. After her match, I expected her to be upset and dejected. Instead she was upbeat and positive. She mentioned that she felt great during the match even though she was losing on points and her biggest win was she that she kept pushing forward and not giving up like she did in her last tournament. Winning the internal mental battle with herself was a big moral victory for her and her attitude really resonated with me.

An exercise I used to go through in high school English classes was determining who the protagonists and antagonists were in a story and the conflict between the two. In many cases, the protagonists had both internal and external antagonists where they had a conflict with an enemy and themselves. This is also a common theme that we all experience in both training and competing in Brazilian Jiu Jitsu.

In the American sports culture, many times we hear comments like

“Second place is the first loser”

“Winning isn’t everything . It is the only thing”

“Losing is not an option”

What gets lost in this celebration of only glorifying the victors is the valor and guts shown by the losing competitors. Many MMA fighters that fought in Japan such as Rampage Jackson loved the Japanese fans that applauded the Samurai Spirit of the fighters. Fighters such as Jackson, Sakuraba, Don Frye, Enson Inoue, who fought the toughest opponents in the organization and did so with bravery and honor were loved for the spirit they showed through their careers. They could only do so much to try to overcome their larger, more physically gifted and tougher opponents. Although they fell short of their goals, they exhibited a great deal of heart and won the adoration of the fans.

In Jiu Jitsu training and competition, there are few external factors we can control from day-to-day. Whether it is battling through rush hour traffic to make it to class or getting a last minute assignment from your boss just as you walk out of the office. We do have control over the ongoing internal conflicts that we go through each day in our lives including finding the motivation to go the gym after 10 hours of work, doing a set up 20 burpees on your own when you are tired or continuing to push forward against a much better upper belt during a round where you are just getting obliterated. I will admit that in many cases, I have broken and just went into defensive turtle shell mode in rounds where I felt overwhelmingly over matched due to a difference in skill level or my own fatigue.

The reality is in competition, we will all compete against somebody who will simply out class us with talent, skill, and athleticism. There is only so much we can do against this external conflict, but the internal aspects of the battles are on us. We can choose to push forward and attack to the best of our ability and potentially pull off the upset and at worst go down swinging or just turtle up and accept our beating. I can relate to my teammate’s experience of giving up during competition. In the finals of Pans as a white belt, I looked up at the clock with 2 minutes left and saw that I was down 9-0. I said to myself “I guess Silver isn’t bad” and went into turtle mode. I basically broke mentally and physically instead of continuing to fight. That is why my teammate’s attitude at NoGi Worlds was so inspiring and refreshing to me. She knew she was down on points, but deep down inside she didn’t quit. Yes, she lost to the better competitor, the external force. Yet, she didn’t beat herself. She exhibit the fighting spirit that personified what it meant to be a competitor and martial artist.