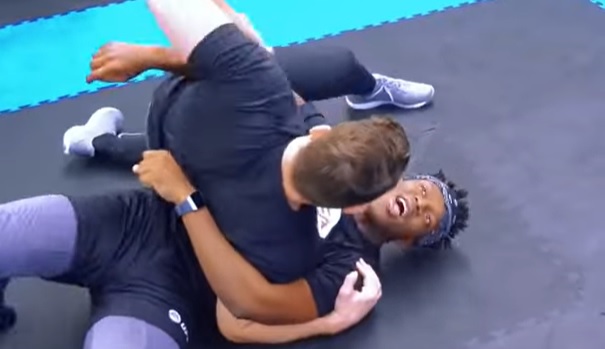 ESPN MMA released footage earlier this week of rapper, YouTube personality, and boxer KSI getting some training in with UFC Hall of Famer and former champ Michael Bisping – and by training, we really mean a playful beatdown of the rapper at the hands of the middleweight champ.

In the video, Bisping cheerfully performs several takedowns and pins on KSI, and demonstrates classic submissions such as the armbar, the kimura, and the arm triangle choke. For good measure, he shows the rapper – firsthand – how to throw effective elbows from the top position.