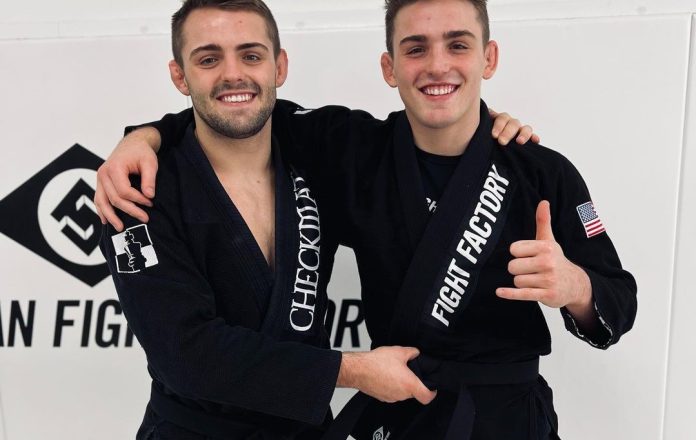 In an Instagram post commemorating his promotion earlier this week, Andrew wrote, “This moment is truly unreal to me. I am beyond thankful to have such an amazing professor promoting me to black belt! Crazy.” According to the post, Andrew, 19, has been training since the tender age of six.

Andrew’s older brother William also posted about the younger Tackett’s promotion on his own Instagram account, writing, “Both Tackett bros are black belts now […] It’s been a long ride starting in 2009 together. Happy to see Andrew get the results for his hard work and dedication.”

Andrew Tackett’s graduation to the hallowed ranks of adult black belt competitors arrives on the heels of what has arguably been one of his strongest competition seasons to date, culminating in an unquestionably dominant performance over his weight class in the brown belt division at No-Gi Worlds.

The younger Tackett brother will be joining what is popularly regarded as one of the most exciting classes of rising black belts to arrive in the sport. With names like these hitting the black belt rosters in 2023, the jiu-jitsu world is no doubt primed for some impressive showdowns between young, ambitious up-and-comers to the highest levels of the sport, and our current old guard of veteran competitors.