A local BJJ program is being called “the best way to bullyproof your kids,” according to jiu-jitsu purple belt and kids coach Ross Farrow.

Farrow, who’s been training in “The Gentle Art” for seven years, says that his passion for teaching martial arts to children came from his own experience as a former victim of bullying. “I grew up getting shoved around, picked on for my clothes or my hair… you name it,” he told the Jiu-Jitsu Times. “I started jiu-jitsu right before my twenty-fourth birthday, and let me tell you — no kids have tried to push me around ever since.”

Farrow says that his program is designed specifically to help kids protect themselves before a threat even arises. “I think where I went wrong as a kid… I mean, I’d let all these bigger kids threaten me, then turn the other cheek when they pushed me, then try to hide when they started getting more aggressive. I didn’t take action until it was too late, and the action I did take wasn’t enough,” he says. “I never want my students to go through what I did.”

The bullyproof program Farrow has implemented is focused on preventative action. “My kids know how to prevent problems, not just solve them. A kid looks at you funny in the lunchroom, you take him down and break his arm, let him know he got off easy this time. A girl makes fun of you for not having the latest designer clothes, easy — you choke her with her fancy jacket.”

Farrow’s teammates agree that their head coach made the right choice in putting Farrow in charge of the kids’ program at the academy. “I don’t think anyone else at the gym is better suited for the role,” said blue belt Timothy Peters. “Ross is, without a doubt, the biggest bully here. He knows all the latest insults and manipulation tactics. Hell, he’s even invented some of them. The next generation is being taught by a true master of the art.”

The coach, however, takes offense to the term “bully.”

While white belt Sarah Goldstein agrees with Peters’ general sentiment, she believes that Farrow’s true qualifications are found in his physical capabilities.

“Ross really knows how to take someone smaller, weaker, and more vulnerable than him, and just…” She makes an aggressive crushing motion with her hands and doesn’t stop for the next five minutes.

Farrow doesn’t disagree with Goldstein’s assessment. “Kids are smart,” he says. “I can’t just talk the talk. I gotta walk the walk. I tell them, ‘The techniques I show you will make people regret putting their hands on you.’ So obviously, I gotta prove that in a safe, controlled environment in which I’ve consented to let other people put their hands on me.”

Developing a child’s physical prowess is only part of the journey, however. Farrow says that he also places significant importance on mindset development. “If you have a victim mentality, you make yourself the victim. So, yeah, we teach them to defend themselves, but we also show them how important it is to not be a victim in your own mind.” To illustrate his point, Farrow directed the Jiu-Jitsu Times to various comment threads he’s contributed to on various social media platforms. “See, these people are all b****ing about, ‘My teammates are using racial slurs toward me’ or ‘My coach is asking me for naked photos,’ and you know what? If they didn’t make themselves the victims, they wouldn’t be victims. So I tell them, just as I tell my students, to stop being soft piles of s*** and at least try to make Joe Rogan proud.”

Farrow acknowledges, however, that working with children is different than passing on advice to adults. “Kids cry over everything, obviously, so I have a technique that I call ‘transferring the tears.’ Someone hurt you? You wanna cry about it? Not on these mats. You take ownership of that feeling. You take a moment to recognize what made you want to cry. And then you pass that s*** on to someone else. You make them cry, by any means necessary. Then it’s not your problem anymore.” He nods. “See? Transferring the tears.”

While Farrow says that some may call him a ‘hero,’ he prefers the term ‘success story.’

“It’s all come full circle,” he says, proudly looking on as a ten-year-old orange belt ignores the desperate tapping of an eleven-year-old using a loaner gi. “I hope — and believe — that these little alphas will take the same path that I did.” 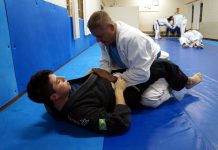 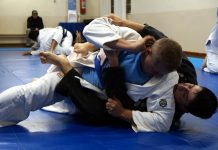 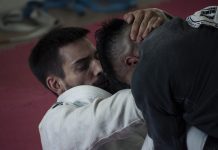 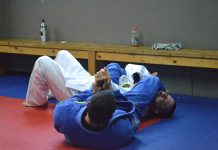 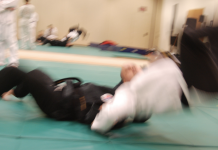 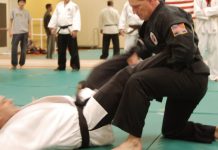 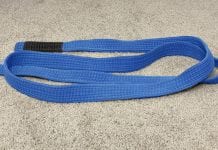 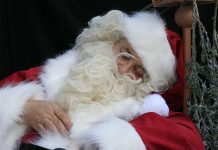 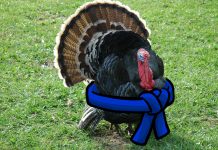 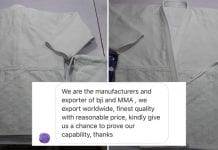 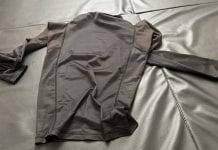 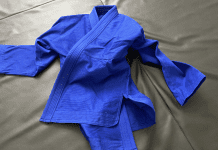