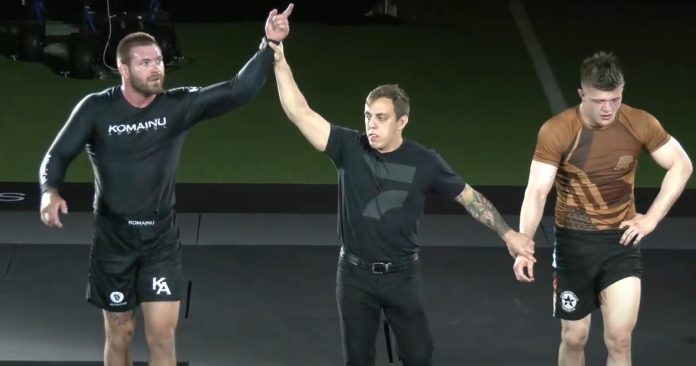 Gordon Ryan made his return at Who’s Number One against up-and-comer Jacob Couch on Friday night.

Ryan finished the match by armbar from s-mount after cooking Couch for a little over 10-minutes. Ryan’s size advantage was obvious throughout the fight, but his technique was impeccable and he looked as good as ever, clearly dominating Couch for the entirety of the match, which we have never seen happen to The Hillbilly Hammer before.

Ryan has been known for calling his submissions in the past by handing a closed envelope to commentators before his match. After his victory, the commentary team opens the envelope to find that the submission was predicted by Gordon himself.

Earlier in the event, Nicholas Meregali won his NoGi debut by securing an Armbar with just :30 seconds left in his match. Meregali spent most of his nogi debut on the feet as him and Arnaldo Maidana fought for the takedown for the entire match. In the end, a brief scramble ended up with Maidana on his back and Meregali on top. From this position, Meregali capitalized on the opportunity and secured a kimura grip before switching to an armbar and getting the tap. 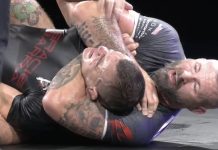 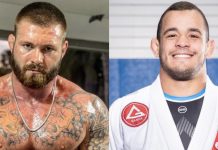 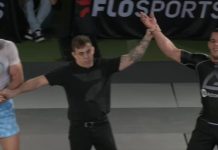 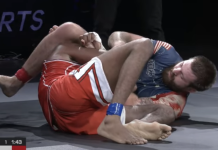 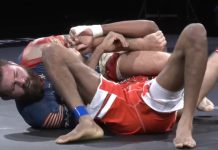 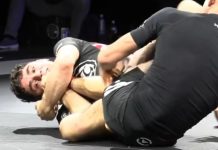 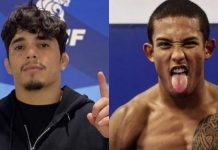 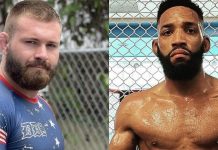 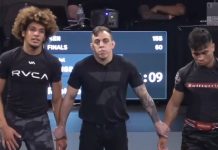 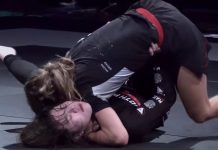 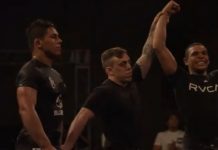